Why research is necessary

Our brain: Almost everything that makes us a human being begins and ends with our brain. Every thought, idea, movement and feeling. Our brain makes it possible for us to perceive and to experience and to be capable of achieving small and great accomplishments. Whether it be consciously or unconsciously. This same brain makes us vulnerable.

The smallest abnormality can be life-threatening. You can just imagine how destructive a brain tumour can be. An invader who nestles itself into the most important organ in our body. It doesn’t bear thinking about. Annually, in the Netherlands, there are approximately 1500 new patients with malignant brain tumours and approximately 900 with benign brain tumours. On average 4 people die daily because of a brain tumour.

The treatment of a brain tumour depends on the type a patient has as there are various ways to treat them. For many years little progress has been made, largely because of lack of money. When money gets divided for medical research the most common forms of cancers have the first priority. This has lead to the progress in finding a cure for primary brain tumours research falling behind. 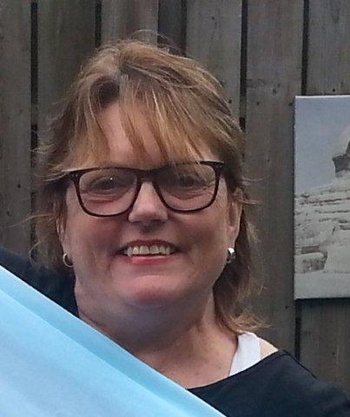 Hello, I am Maggie Tervit, the person who answers the e-mails sent to info@pieterpadsteppen-wandelen.nl. I was born and brought up in Wallyford, a village near Edinburgh in Scotland and now live in Nijmegen, the Netherlands. What started off as an adventure for a number of months has now reached 38 years and counting.

In 2010 I kickbiked my way on a scooter to the top of the Alp du Huez with a number of people to raise money for brain tumour research.

I did this on behalf of my son Jamie Tervit. In 2004 when Jamie had just turned 17 he was suddenly admitted to the hospital with a brain tumour in the cerebellum. It was not possible to remove the whole tumour because it lies next to the brain stem. His tumour has been stable for nearly nine years and is called “relatively” benign. Relatively because of its position next to the brain stem and therefore considered a dangerous location.

In 2010 I acquired a taste for kickbiking and it is once again time to get mine out from under the dust. I liked the idea of kickbiking because of its originality and therefore decided to organize a similar event in the Netherlands.

On Sunday the 31st. of August 2014, we want to kickbike the Pieterpad with as many people as possible on scooters. This to raise money for the foundation: STOPhersentumoren.nl (hersentumoren : brain tumours)

Our aim is to create attention nationally for the necessity of more research into brain tumours. It is a form of cancer, along with one other which is predominantly found in children under the age of 12 and young adults.

Should any non Dutch speakers be wanting information on taking part, sponsoring etc., please send an email to info@pieterpadsteppen-wandelen.nl 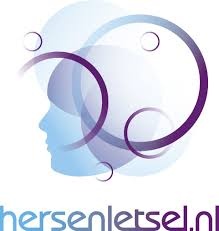